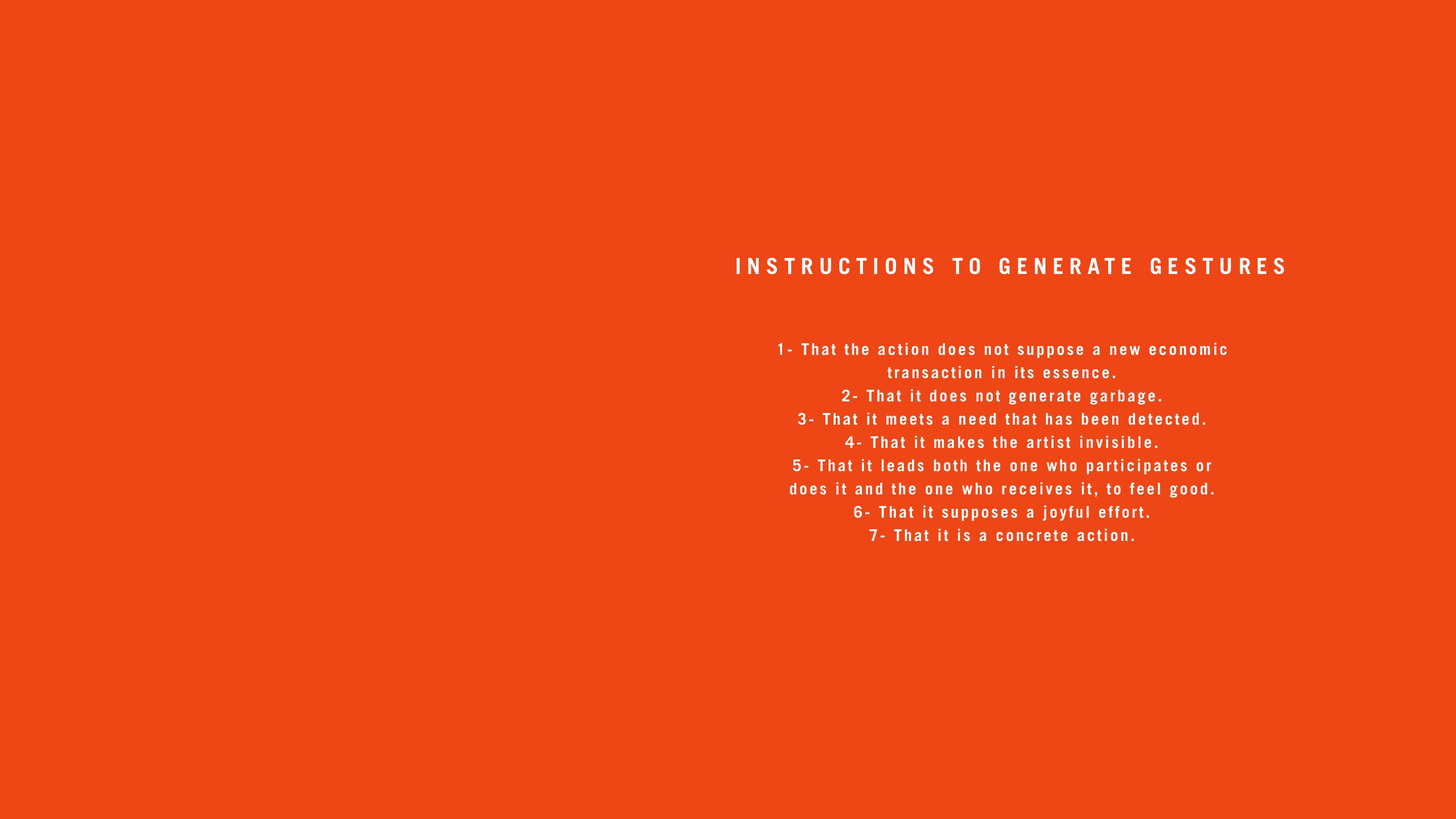 THE ARCHITECTURE OF THE INVISIBLE

TO FACE MAXIMALISM: MINIMALISM
TO FACE THE SPECTACLE: THE GESTURE

Departing from Guy Debord and the Situationist manifesto that rendered the human being back to be in the center of the city planning and living and which proposed a radical vision against capitalist forms of being and consumption.

As well as recognizing the value of Minimalism and Art povera that claimed a revision and revaluation of what is considered dirty, old and disposable.

And, above all, exercising poetry as a tool, poetry as an action, I propose a series of INSTRUCTIONS to generate an artistic work that has the potential to have a positive impact on Humanity and transform collectively a space and its emotions by building a different reality through the architecture of that what remains invisible to the eye.

CLICK HERE TO DOWNLOAD “THE GESTURE” I PROPOSED FOR THE AMNESTY INTERNATIONAL CREATIVE CAMPAIGN AGAINST FEMINICIDE IN MEXICO THAT I HAD THE HONOR TO LEAD: