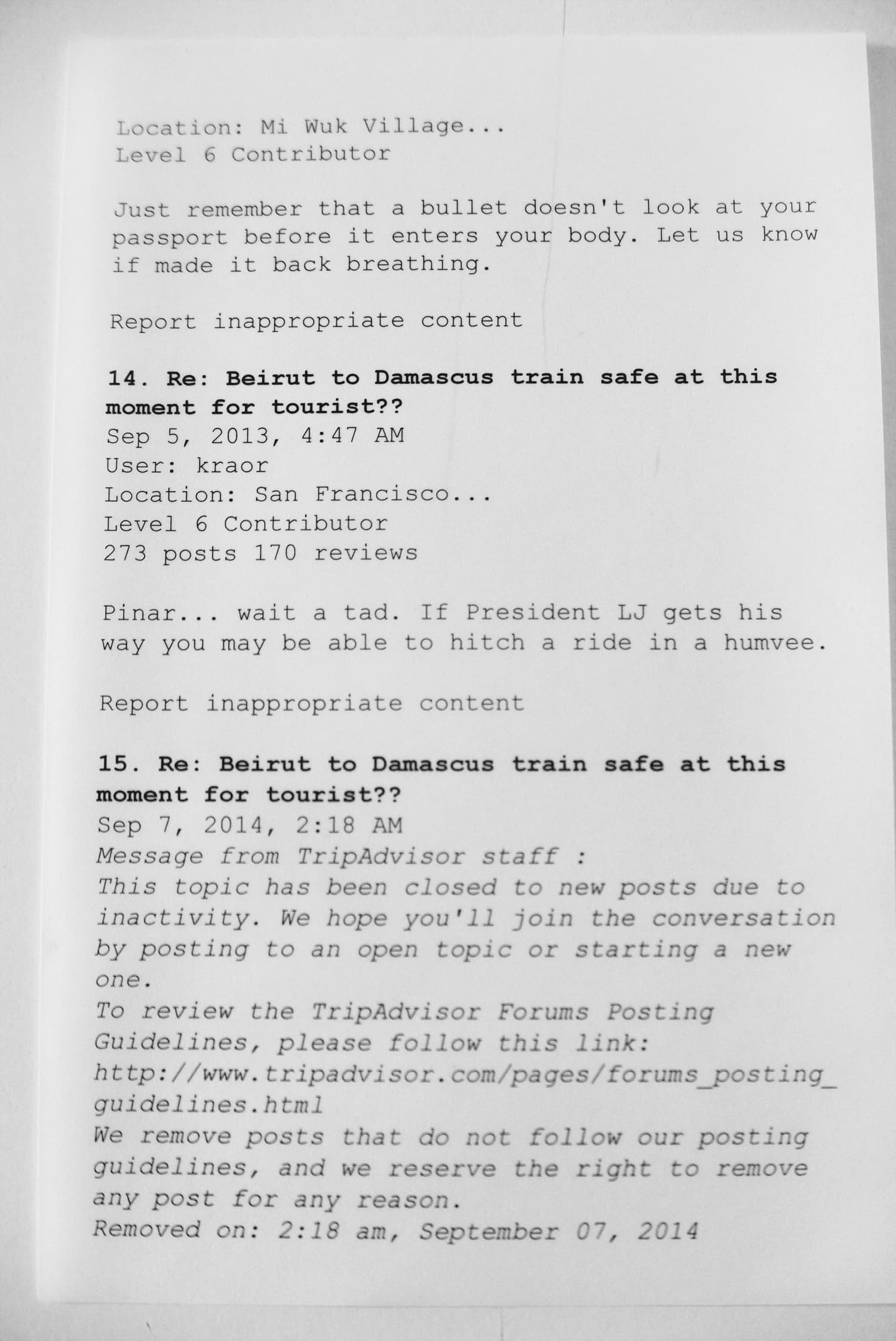 This conversation was taken from the popular travel consultation page: tripadvisor.com

In this conversation between strangers, tourism and daily life are intermingled with the barbarism of war and international geopolitics thus affecting the displacement decisions of those who live inside and outside Syria.

This conversation talks about the will to travel to Syria for sightseeing or for visiting relatives and friends, but these decisions, that should remain in the private domain, are affected by the war situation in the country. They even discuss the train that previously traveled the Beirut-Damascus route and stopped more than thirty years ago or the high prices of everyday life in Helsinki. Concerns exposed because of the anonymity but nevertheless shown off at worldwide level so that anyone can read them.

And many questions raise when the conversation ends abruptly: what echoes have these consequences had in the intimate life of these and many other people? Who among them will not have been able to see their relatives or the friends about who they speak? And what does it mean that everyday personal facts and intimate deep concerns are affected by war lords decisions?

This brief conversation even recalls the train implanted during the colonization period for the benefit of the colonizers in Lebanon, Syria and Palestine and that, was finally dismantled after the brutal postcolonial division of the territory. Like the way in which this dialogue ends: abruptly, without leaving space for laughter, or any more words thus narrating the contemporary History of the Middle East and the present of it: an abrupt ending in front of anyone who wants to look at its decay.