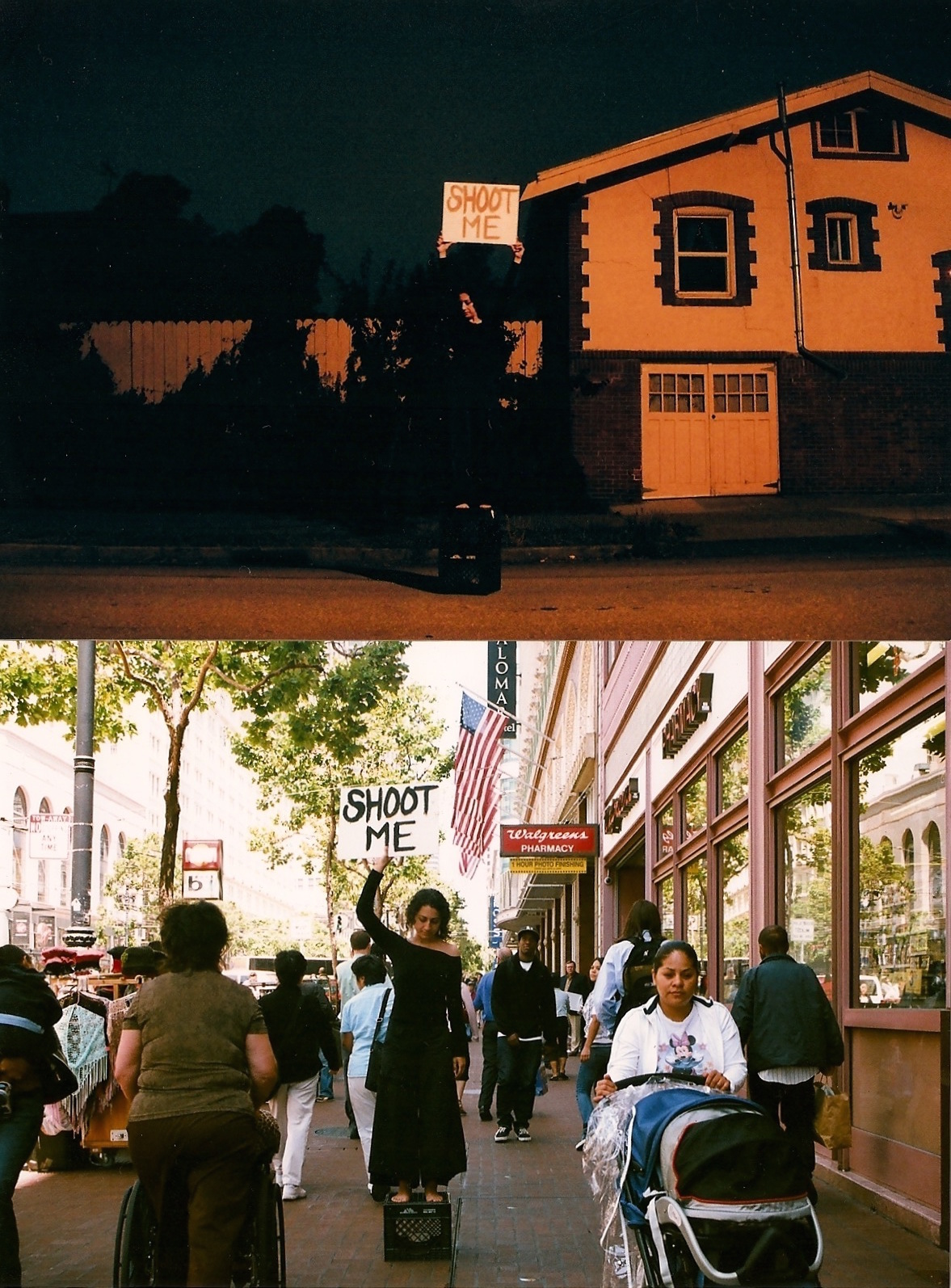 This project emerged as a reaction to the vulnerability I experienced after being mugged at gunpoint along with my partner in front of our house, in a middle class neighborhood in the city of Oackland, California.

In California, in addition to the sun and beaches, there is also a widespread acceptance of visible and invisible violence and those killed by firearms there, and throughout the country, might be equivalent to those killed in countries where an open war has been declared.

In this silent and individual performance series, I wanted to expose the fragility in which our lives developed within the apparent but, in fact, fragile security.

The night after the robbery, my partner cried before the impotence and tragic logic of the situation and I decided to flag my pain and confront the absurd.

The spaces in which I developed the project are: At night: the residential neighborhood of middle class that, even today, are the image of the American family project in which the house is an insurmountable private property and territory and, by day, those places that are a symbol of neoliberal economics (financial centers and multinational stores) which perpetuate situations of inequality that result in an endemic violence that ends up affecting us all.

The photographic documentation was carried out by Mexican photographer Andrés García Franco.