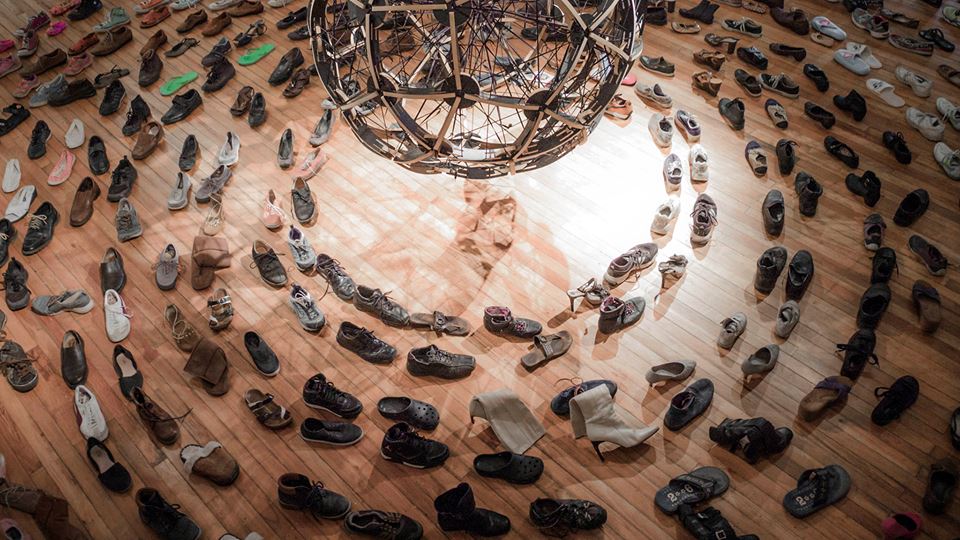 A collaboration with Pedro Cerisola

The Syrian shoes’ is an ephemeral installation, as it is walking; and silent, as the need to go unnoticed by migrants when they cross borders.

The articulation of the piece is based on a walk without a fixed direction, somethings that can be both: poetic, for all the metaphors that it contains and radically violent, when the one who walks lacks all certainty and can not stop.

It has been seven years since the Syrian exiled people roam without a fixed place to live, convinced that the war would end, many are still stranded on the land.

Their constant walking and the routes without a determined map have generated a world-wide restlessness that affects us all at very intimate levels.

Despite the harshness of their journey, it is also true that their way has not been exempt from small gestures of solidarity from ordinary citizens who donated what they had at hand and believed could be useful for these new families they saw displacing, day and night, in extremely precarious conditions.

This wandering condition is that of all migrants, regardless of their origin. The installation connects from the human affects and presents and questions our ability to empathize.

In Mexico, where the installation was first shown, it is not the Syrians who roam hidden at the hands of the so called “Coyotes” across the deadly borders towards the American dream, however, it is the same urgency what pushes them.

The Syrian shoes’ directly refers to the tragedy that men and women in that country are going through, however, this noun ends up being stripped of nationality to mean’ those – whatever their origin – who are bent on saving their lives , despite everything.”

The installation aims to be a testimony of that wandering but also a vindication of sincere solidarity among strangers. 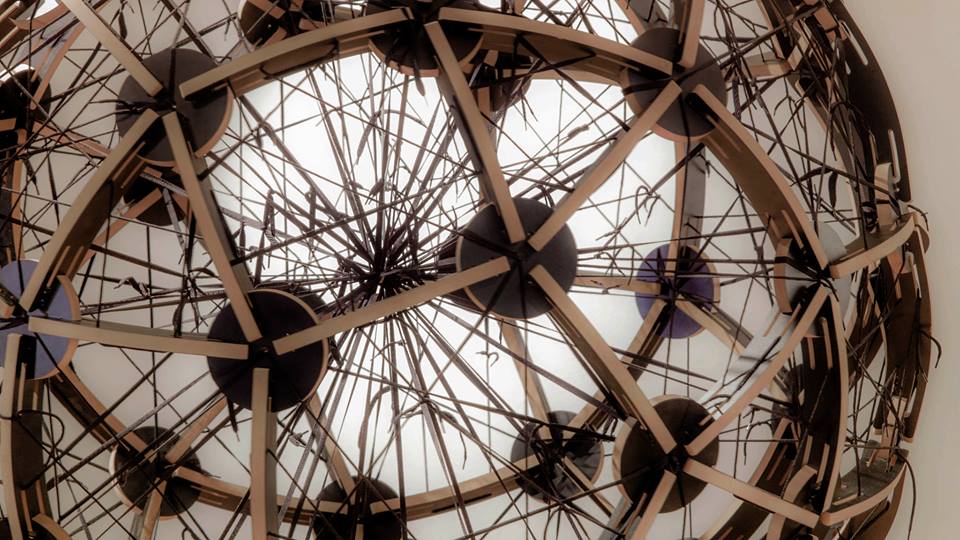 The first version of the project was installed at Libertad Gallery and it was seen by 8,236, in the state of Querétaro, Mexico.

A recollection of footwear was organized by the gallery itself and the hundreds of shoes collected and used in the installation were subsequently handed over to MICA, an association that receives and works with the migrants from the southern cone on the trip to the USA. 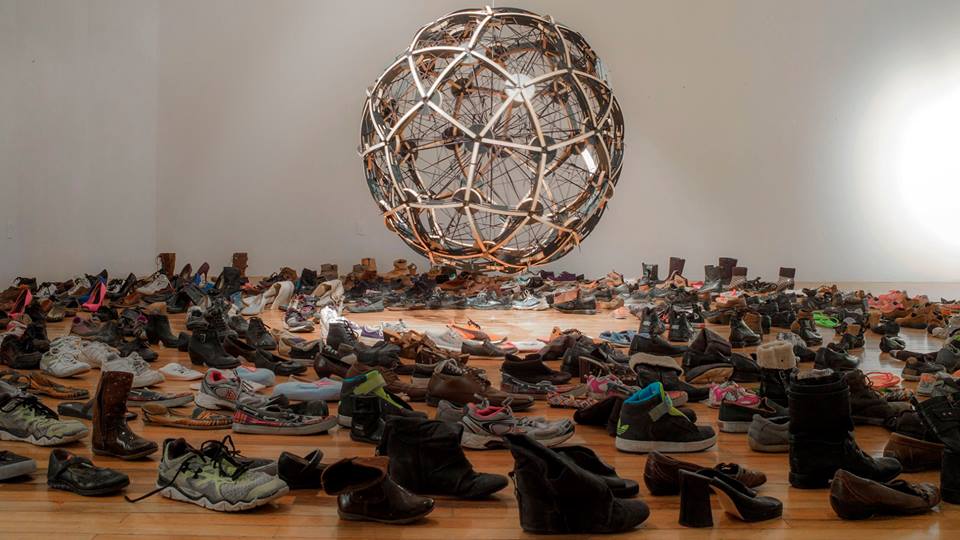 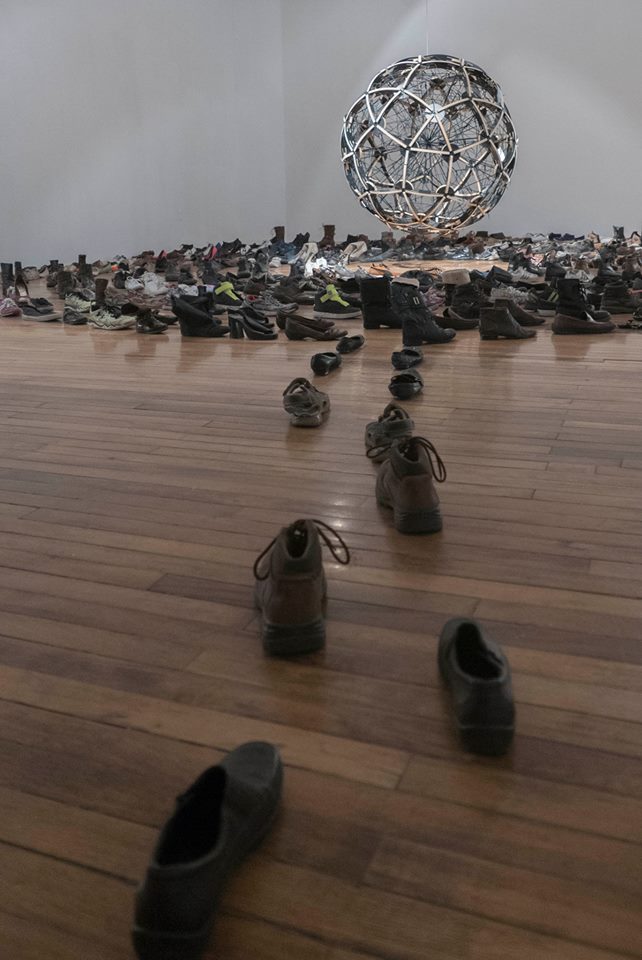 The intention and emotions of the artists were consciously provoked and activated in others in an expansive way through the process of requesting shoes to be donated to migrants passing through Mexico.

The shoes first fulfill an artistic and expository purpose but, subsequently, have an extremely practical function.

Being an act between strangers, this work generates the conditions for actions of generosity that are totally disinterested, since the only clear link between the donors and the migrants exists through anonymity.

In addition to eliciting useful and meaningful collaborative interactions, the piece establishes an echo between Mexico, Central America and Syria, regarding the precarious and urgent situation of migrants.

The shoes not only have a symbolic and metaphorical role, but a useful one and become even heroic in a way: the lives of the people who have to migrate depend on the conditions and tools they have to achieve it.

The structure in which the shoes are installed also comments on the current reality of the migrants: ephemeral, decadent, without a clear and certain direction.