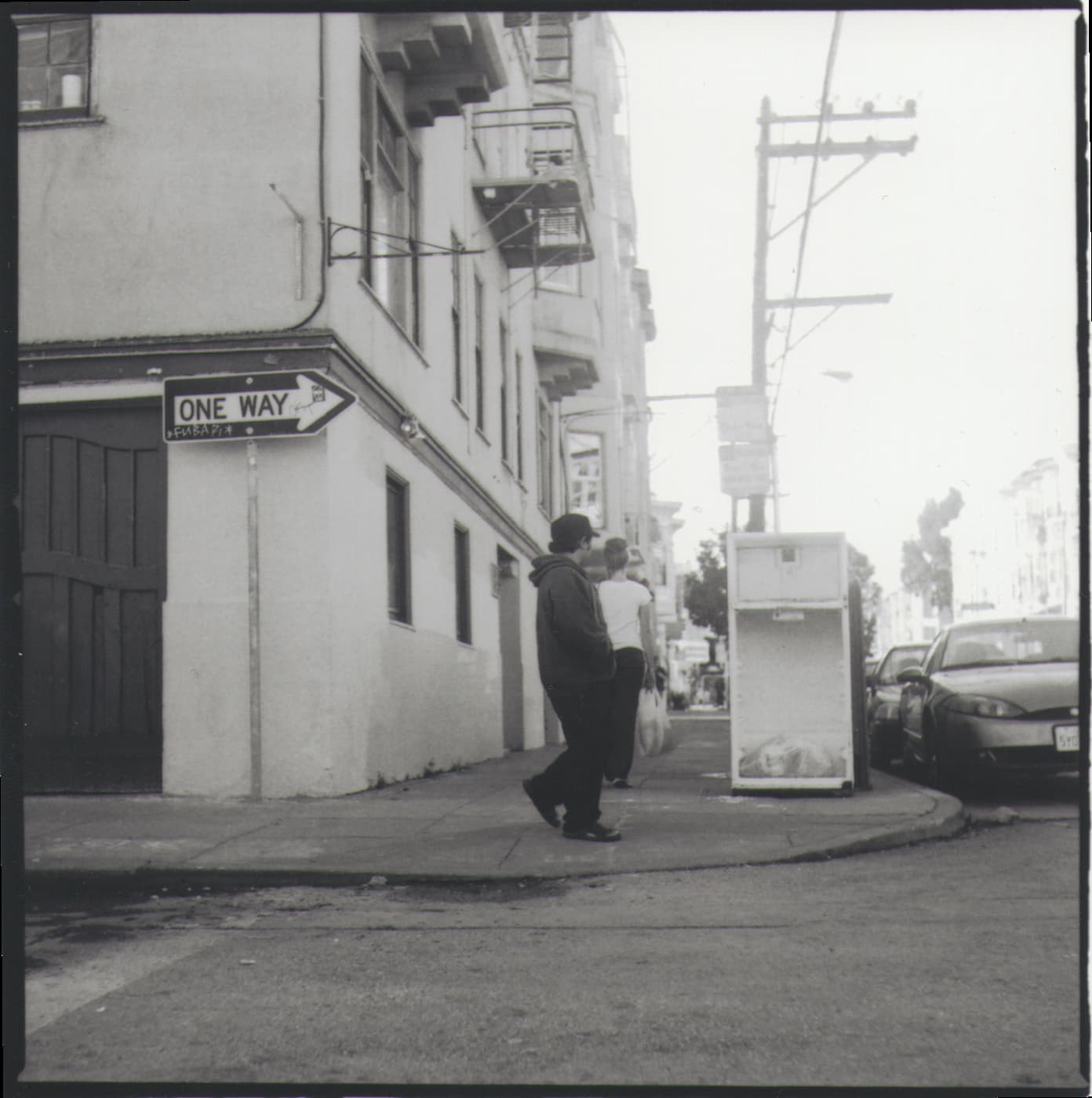 WHERE
THE
SNAKE
WAS

‘Where the Snake was’ is a series of black and white photographs of different street corners around my apartment in the neighborhood of the Mission in San Francisco. At that time, 2009, it wasn’t uncommon to hear a gunshot so many of these corners were filled with the anonymous deaths of young men and women, however there was no official trace or sign to remind us these tragedies.

One evening, I heard very close gunshots, my friend, to calm me down told me: ‘Don´t worry is between “them”, it doesn’t have anything to do with “us”.’
I wondered who “them” was.

The police department website was coldly clear about it: just between the two streets where I lived – the 23rd and Folsom- many had been killed: a pregnant girl, a couple, a young man, a group of friends…

I went on a quest to shoot a photograph on each of those places, as if the camera, which in itself captures the death of a particular moment, could relive that same past instant with the absence of those who were gone.

I borrowed the title for this project from a Navajo boy. When a teacher during a photography workshop, looking at a photograph that the boy had taken of the empty floor, told him “But, there is nothing here, boy.” The boy, surprised, answered: “But this is where the snake was”.